Is Chronic Pelvic Pain a Warning Sign of a Vascular Disorder?

There are several vascular conditions that cause women to experience ongoing pain that can interfere with their ability to take part in and enjoy daily life. Here are two vascular disorders that can cause chronic pelvic pain in women. 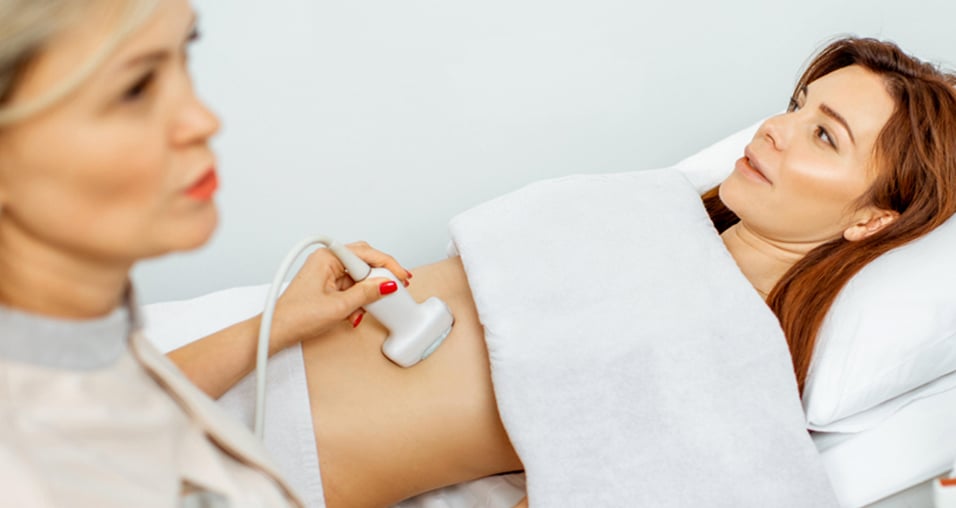 PCS affects more than one-third of all women. Sometimes suffering from this condition for years, many women are told the problem is not due to a specific medical cause and maybe psychological. However, recent advancements have allowed physicians at CVM to show that the pelvic pain may be due to varicose vein reflux causing pelvic venous insufficiency.

The PCS symptoms last 6 months or longer and include:

Similar to varicose veins in the legs, in PCS the valves in the pelvic veins that help return blood to the heart against gravity become weakened and don’t close properly. This allows blood to flow backward and pool, causing pressure and bulging veins in the pelvis and vulva, which can affect the venous drainage of the uterus and ovaries.

PCS typically affects women in their childbearing years. As the uterus expands during pregnancy, increased pressure is exerted on the pelvic floor and veins. Postpartum, the uterus eventually contracts and although the pressure on the pelvic floor is relieved, there is residual damage to the pelvic veins. Ovarian veins increase in size with each subsequent pregnancy, which means women who’ve had two or more pregnancies are at particular risk.

Many women with PCS spend years trying to find out why they have chronic pelvic pain. Living with this pain is difficult and affects not only the woman, but also her interactions with her family, friends, and her general outlook on life. To help uncover the cause of their chronic pelvic pain, CVM patients undergo a thorough history and physical.

Those with a high likelihood of the condition may also undergo pelvic ultrasound and venography. Considered the most accurate method for diagnosis, a venogram is performed by injecting contrast dye in the veins of the pelvic organs to make them visible during an X-ray.

The following process is followed to verify the suspicions of the vascular doctor.

These are minimally-invasive vascular procedures meaning a very small incision is placed to view the vein and place the stent. Unlike open surgery, there are no hospital stays, no scarring, no trauma to the patient, and a low level of anesthesia is used for patient comfort.

May-Thurner Syndrome (MTS), sometimes called Iliac Vein Compression Syndrome, primarily affects women between the ages of 20 and 50. MTS increases the risk of Deep Vein Thrombosis. The name comes from the two physicians who are credited with first describing the condition in the late 1950s. Women diagnosed with MTS have compression of the left iliac vein leading to a decrease in drainage of the left leg.

If left untreated, this may lead to the formation of a deep vein thrombosis (DVT). The clot restricts blood flow, which in turn causes pain, swelling and often varicose veins in the left leg. The condition usually presents on the left side, though cases where the right side is affected have been reported.

Patients with mild narrowing of the vein will often experience no symptoms.

As MTS progresses, however, the following symptoms are common:

When left untreated, MTS may progress through three stages:

Stage 2: Formation of venous spurs, which eventually become fibrous shelves. The spurs develop in the vein, restricting blood flow and increasing disposition for DVT in the legs.

Stage 3: DVT formation occurs when a clot forms in the vein and blood flow is severely restricted, leading to pain and swelling in the legs and the formation of varicose veins.

Similar to PCS, majority of women diagnosed with May-Thurner Syndrome will undergo a minimally invasive procedure to place a stent in the compressed iliac vein. Using a combination of intravascular ultrasound (IVUS) and venography, the physician will precisely determine which vein segments are diseased and to what extent. Based on the length and severity of the diseased vessel, a balloon (venoplasty) and venous stent may be deployed into the vein to restore blood flow.

The Center for Vascular Medicine has state-of-the-art technology, along with an independent research facility to determine the best treatment options for women suffering from chronic pelvic pain of vascular origin. CVM has locations in Maryland, Virginia, New Jersey, Michigan, and Indiana. Hotel and lodging accommodations are available to get the best treatment for this disorder. Call (301) 486-4690 to book an appointment.