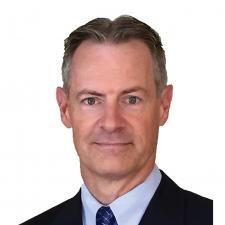 Board certified by the National Board of Medical Examiners and The American Board of Radiology, he’s pursued a rewarding career as an Interventional Radiologist and Women’s Imager, providing him with unique insights into the compassionate diagnosis, treatment and management of venous diseases. The skills that he acquired using ultrasound for diagnosis and procedural guidance are perfectly suited to the practice of Phlebology.

While at Trinity College in Hartford, Connecticut, Dr. Dillon studied biology and was one of the first to graduate with honors in a combined degree of Biopsychology. He also worked as a medical technician treating patients with peripheral vascular disease (using an innovative cardiac-gated external compression device), and later became certified as an EMT.  He went on to study medicine at Jefferson Medical College in Philadelphia.

It was while he was in medical school that he developed an interest in medical imaging and decided to pursue the specialty of Radiology.  In 2006, while still practicing Radiology full-time and in order to gain a better understanding of healthcare economics and management, he enrolled in Business School at George Washington University in Washington, DC and graduated with high honors (Beta Gamma Sigma) with an MBA in healthcare administration.

Later, while serving as director of his department at Ocean Medical Center in Brick, New Jersey, Dr. Dillon was recognized by the American College of Radiology as a Center of Excellence (2011) and was also elected twice as Physician of the Year (2013, 2008).

He is a member of the American Vein and Lymphatic Society, American College of Radiology, American Medical Association, Beta Gamma Sigma Honor Society, Medical Society of New Jersey and the Radiologic Society of North America.