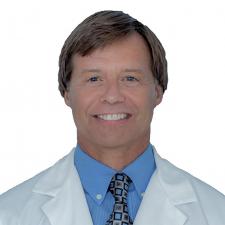 As a former emergency physician, he has a knowledge base of many different medical problems and the technical skills necessary to treat venous diseases. As a venous and lymphatic specialist, he also has 17 years’ experience in the diagnosis and treatment of venous diseases.

Dr. Nichols earned his AB Chemistry degree and his Medical degree from the University of North Carolina-­Chapel Hill. He served his internship and residency in Emergency Medicine at the University of Louisville, Kentucky. He later founded and ran the Family Life Services Free Medical Clinic in Martinsville, Virginia, for several years. He also has served as operational medical director for several organizations, including Piedmont Area EMS, Stone Ambulance Service and Martinsville Speedway.

Dr. Nichols served as Staff Physician, Department of Emergency Medicine at the Memorial Hospital of Martinsville and Henry County Virginia, and as Medical Director of the Virginia offices of Circulatory Centers of America (a practice he founded as Genesis Vein Specialists).