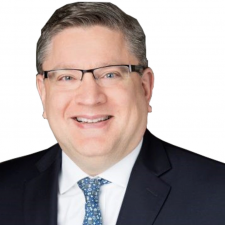 Initially, Dr. Harris treated children with venous malformations; lessening their discomfort and disfigurement making a significant improvement in their quality of life. He was later introduced to varicose vein disease and chronic venous insufficiency and was disturbed to see the general lack of awareness and understanding of the significance of those problems in adults. Using the skills he mastered as a Vascular and Interventional Radiologist, he was easily able to transfer his techniques to adults.

Dr. Harris now serves The Center for Vascular Medicine in the treatment of venous disease of the pelvic region and lower extremities.

In the summer of 2019, Dr. Harris was awarded the Castle Connolly “Top Doc” distinction. Castle Connolly is the most trusted and respected independent source for those seeking quality healthcare. Because Castle Connolly recognition is based on peer nominations – doctors nominate doctors they would entrust with their own care – it is a highly prestigious honor. Dr. Harris is the only Vascular and Interventional Doctor in Glastonbury or Cromwell with this distinction.