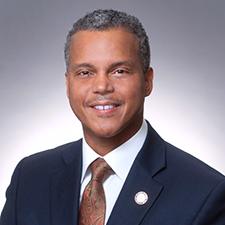 Dr. Albert Sam is a specialty care physician board certified in vascular and endovascular surgery. Prior to joining Inova he was in private practice in Middletown, CT, and was the founder and director of the Middlesex Health multidisciplinary limb preservation program.

After completing a vascular and endovascular surgery fellowship, he entered private practice in Baton Rouge, LA, where he served as the Chief of Vascular Surgery at Baton Rouge General Hospital. He joined Tulane Medical School as an associate professor of surgery and Chief of Vascular and Endovascular surgery at the Tulane Heart & Vascular Institute in New Orleans. During this time he served as Tulane’s board chair of the Gulf South Quality Network - a clinically integrated, population health centered, physician network of nine member hospitals and 1,600 physicians in Louisiana overseeing processes to improve quality and safety.

In addition to becoming one of the first physicians nationally to be board certified in general surgery, vascular surgery and endovascular medicine, he has served as a principal investigator for numerous national and international vascular clinical trials, including the NIH stroke trials CREST and CREST-2.